An Homage to the Colour Green this St Patrick’s Day 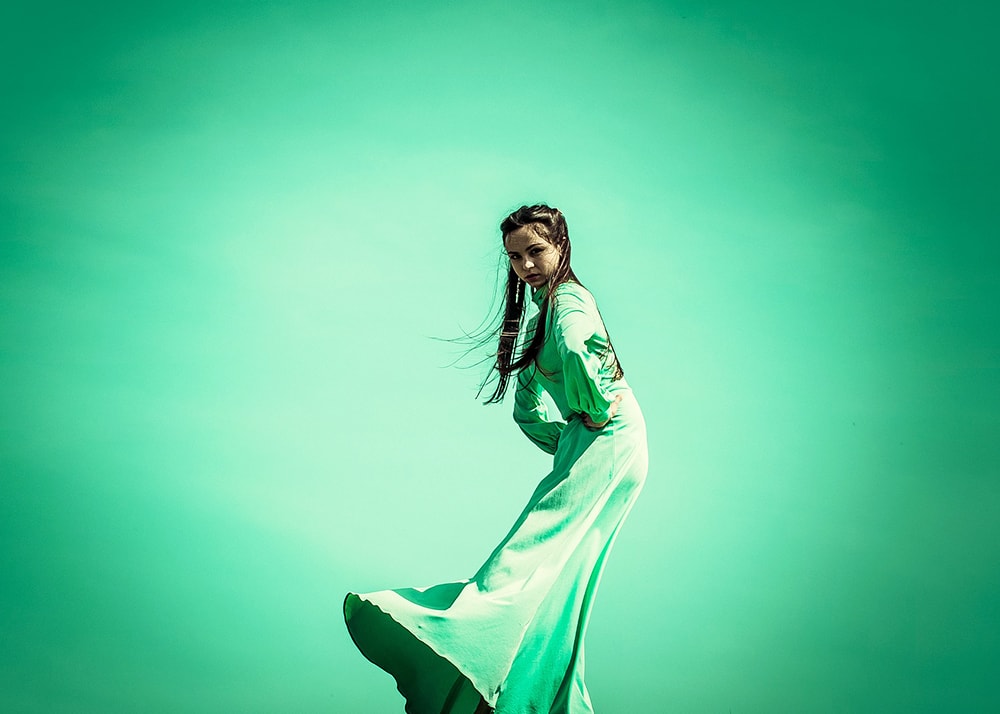 St Patrick’s Day is just around the corner and spring is on the horizon. So, we’re going to take a look at the significance of the colour green, a few key facts about its history and how you can bring it into your wardrobe this season.

On St Patrick’s, green reigns supreme. The London Eye, Auckland’s Sky Tower, New York’s Empire State Building and the Sydney Opera House have all been bathed in the colour in recent years.

The face of the green man in culture and folklore

Many of us will have encountered depictions of the ‘green man’ at home, abroad or both. Usually coming in the form of a male face made of leaves and branches, the green man is the ultimate symbol of nature.

Where the green man image originated is contested. But he has, in some form or another, appeared in artworks and architecture across many countries and cultures.

You’re as likely to spot his face in a Roman mosaic or church carving as an English pub sign. Wherever the green man and his nature-promoting symbolism came from, his presence is always welcome.

The salad days of manufacturing

One of the sagas that brought the colour green to widespread attention in the age of manufacturing was also unfortunately tragic.

Green interiors and wallpaper became extremely fashionable in the Victorian era. This made wallpaper manufacturers compete and experiment to produce the brightest colours.

Many began using bright green paints that contained copper arsenite. This practice originated in Europe in the late 1700s and soon caught on in British industry.

With a lack of knowledge around the substance’s toxicity to humans, it featured heavily in the production of everyday items. Dyes made using copper arsenite were used in clothing as green dresses and waistcoats came into fashion.

Although facts and figures are uncertain, it’s now believed that the use of these paints in the former half of the 1800s caused innumerable health problems and deaths.

A reflection on coloured glass

In a similarly questionable vein, the end of the 19th and early 20th centuries saw the use of uranium oxide in the production of household glass.

Pieces that still exist today will glow under UV light and are radioactive. As many everyday objects are radioactive, the general consensus is that the glass poses little or no risk to human health.

However, some pieces can contain up to 25% uranium. Maybe it’s best to avoid this type of glassware for dinner parties.

Ushering in a new era for green

Thankfully, green has left behind its unfortunate associations to become a positive and calming presence in our lives.

Plants and succulents have enjoyed a resurgence in recent years. They bring the peaceful influence of green to a room and can be layered for added texture.

Green is also widely used as a wall colour in medical facilities, due to its power to calm and reassure waiting patients.

Even the word ‘green’ conjures positivity. We use it to describe youth, rebirth, spring and environmentally friendly practices.

Green up your wardrobe this spring

If our retrospective has left you inspired, this spring’s trends offer plenty of opportunities to go green.

Wearing green well can be a challenge due to its associations with Christmas. The risk of looking like an elf can be avoided however by making sure you don’t mix it with gold or red.

This spring, women’s trends include florals and soft, buttery leather. Usher in some green with flowered patterns or a large casual tote. Or go bold and futuristic with a statement neon sweater.

In men’s fashion this spring, the popularity of cross-body bags is an opportunity to don some khaki. A current trend for statement shirts could also help you inject some nature into your wardrobe. Or perhaps choose a green tartan for your Burns Night kilt.

From the dry cleaning team at Jeeves of Belgravia, Happy St Patrick’s Day. We hope you enjoy celebrating by adding a dash of green to your interiors, wardrobes or evening with the many events scheduled to mark the occasion.